If you've been watching my tweets, I've been playing Persona 4 Arena with my husband. Okay.. he's been playing the video game, I've been nursing a really bad cat scratch. (Only click those links if you are not squeamish) but part of the scratch got infected and now I'm wearing a cling wrap over a medicated pad. (ouch.)

Anyway, watching this game (which I highly recommend) has been a joy! I loved it, revisiting all the characters and even some new ones. In Persona 4, there was a beloved character named Naoto Shirogane, a pint-sized ace detective who carried on the family name by training for the police force.

Naoto blurred the line between genders and not just because she worked with the police. Born a girl with big shoes to fill as she carried on the family name in the detective business, she blurs the gender lines passing for a boy. And the town bad boy Kanji Tatsumi is attracted to Naoto, which confuses him and opens up his own deep-seated doubts about his personality and sexuality.

We don't get to see enough of them in Persona 4 and Persona 4 Arena is just another taste of these multifaceted characters. So anyway, this game is highly recommended by me! :)

Thanks for helping us celebrate RJ's anniversary of publishing at Silver. What a great pub co :) Anyway, I gave away a choice of my backlist and I've been a little lax in getting started on that. So here are the results:


If you want to check the other contests, the links are here.

Thank you for all the lovely comments. You guys are awesome and I keep pushing on writing for y'all!

I'm sure I'll come up with something...

It's a big blog hop! :) Two years ago, Silver Publishing released RJ's first book with them. I remember reading "Oracle" and then "Moments" and cheering her on. I'm excited to see where she is today :)

Here is how I got my start:

Three years ago, I was polishing my manuscript "The Replacement Guitarist" for submission. I had started my next book, which is what all the NY Times best selling authors all told me to do. And in the winter of 2009, I got my first contract. Nine books later (and two more on the way) I don't feel like a veteran writer but apparently I am :) so here's some advice to the newbies getting started.

1. Never stop writing. All of us have received some sort of rejection at some point in our writing careers. Obviously, none of us let it stop us from moving on because now we are published. Don't let anything stop you!

2. Listen to a revise and resubmit letter. If the editor took the time to write all the problems that exist in your manuscript, something either in your writing or in your manuscript hooked him/her. Otherwise, she would have just sent you a rejection letter. (I also said listen, not obey. If you know these suggestions just aren't going to work for you, move on. Don't try to argue.)

3. Network with authors, find out what worked for them but please don't send us your complete manuscript. If I had time for that, I would set up an editing service.

4. Don't take the writing world so seriously. Laugh a little. Have fun around here. Don't start a flame war with a fart torch, okay? I have rubbernecked at too many of these to count them all and the publishing world has the memory of an elephant. They never forget.

5. Like in Bill and Ted's Excellent Adventure: "Be excellent to each other. But most of all...PARTY ON, DUDES!"

Three years later, I hoped that my one time illness would turn into a distant memory but instead it flared again. What I thought would be a complete nuisance (which make no mistake, this disease cramps my style) has instead inspired others around me to push on and keep going. I was really surprised and touched.

Expect the unexpected and dive in!

Now for the contest. (I guess I'm having a contest. No one told me I couldn't.)

Comment on this post to win your choice of any of my books. Leave your address in secret ninja style, like this: lori at loritoland dot com okay? :)

This contest is closed! Thanks for playing!


Events for this weekend:

An article on the things I have learned over the last two years (and believe me I have learned more but I had to stop writing somewhere!)... this can be found here: http://rjscottauthor.blogspot.co.uk/2012/08/RJScott.html

Articles written by some of my wonderful author friends that are listed below in an anniversary Blog Hop...

Competitions on a lot of my fellow author's pages on the Blog Hop... Click here to visit all the blogs


A facebook page pulling together all of their advice to new (and existing) authors... https://www.facebook.com/GlbtqAuthorResource

A competition on RJ Scott's blog to win a $50 voucher
Posted by Lori Toland at 7:21 AM

I've always been a fast reader but I think I broke the Staples eReader. It said I read faster than 555% of the country. :O
Posted by Lori Toland at 6:05 PM 4 comments: 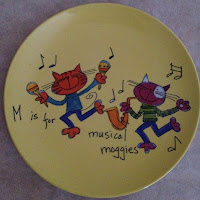 This morning I woke up with the sounds of music floating my head. I love writing to music and often times I surf the Top 100 Billboard to hear new songs coming out. Sometimes a new song will trigger a feeling I'm looking to evoke when I'm writing and I'll have to write a new scene. Of course, then that song will go on my soundtrack for that book. When I'm about to release a new book, I add this soundtrack to my blog for your enjoyment :D

I'm building two new soundtracks right now and interestingly enough, both are sequels so they include songs from the previous books. First is: the sequel to Soul Seduction, tentatively named Soul Salvation. Yes, I'm writing a sequel. I thought that was obvious.

Which will come first? I don't know. Right now, I'm furiously working on Soul Salvation. The pieces fell into place and I'm running with the inspiration :D