I enjoyed doing the review on the video game so much last time, here I go again!

First off, this game is old school hard. Like bang your head on concrete 'til bloody hard. Beyond that, this game is fun and addictive. Like bite my husband when he tries to take my controller away so he can play another game.

While I never got to finish this game, I lost my save in the big bad PS3 crash of 2009, I'm going to play the game all the way through again. I enjoyed it that much. The only complaint I had was the screen slowing during gameplay due to the processor being unable to process all that is going on in the game, which happens to everyone from what I've heard. Just be patient with it and let it unlock. Honestly, it gave me time to plan and it gave me an unfair advantage.

I highly recommend this game to gamers of all ages. Just be warned, the fairy queen is, as my husband said so perfectly, "badly in need of a pair of pants" and so on. Still, a gorgeous game all the way around and I love it! Enjoy! 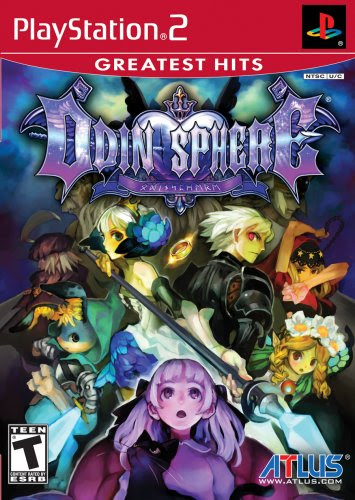 Posted by Lori Toland at 3:44 PM No comments: