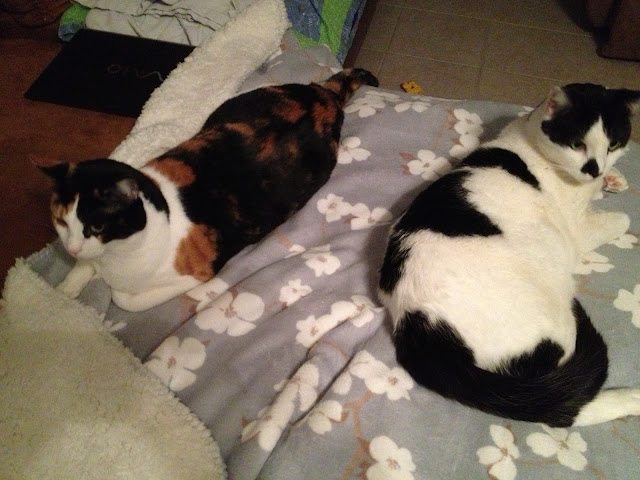 And with this blanket, there shall be peace on earth and goodwill to cats!

(No, seriously. Pictures of them together are rare because they fight like
brother and sister and this blanket has brought them together :))

As 2012 comes to a close, I'm not sorry to see this year go. It's been a rough year with a lot of twists and turns and changes in my personal life but in my writing life, I made a lot of leaps forward. One of my favorite books so far was released, The Long Con along with my first self pubbed book Payback, the first in the series of novellas about Firehouse 69.

But anyway, enough navel gazing. I'm here to give away some books!! Woo HOO!


As for the giveaways over at Reading Romances for a copy of Payback, congrats to Josie Hink and Raquel!

On the giveaway of a $10 Amazon Gift card and a copy of Payback over at SmexyBooks, congrats to Victoria!

For the giveaway of a copy of Payback at Fiction Vixen, congrats to Stacy!

And finally, drumroll please! The winner of the three books in the #Xmasgiveaway is: Nancy!

Thanks to all who entered. I'll be contacting (or I have already) all the winners.

Lori Toland
Posted by Lori Toland at 8:39 AM No comments: 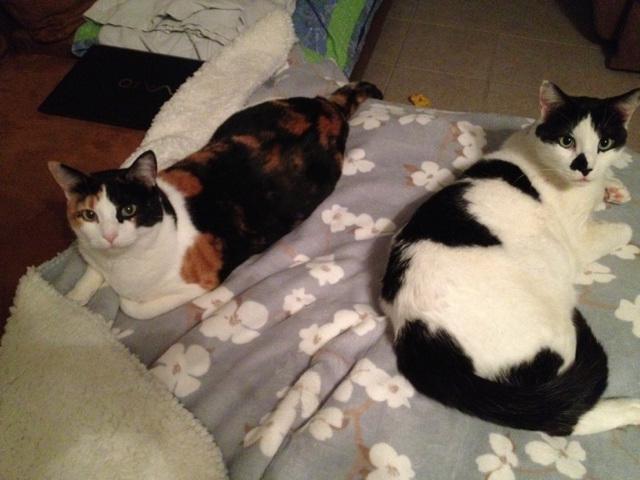 "Little brother, you're doing it wrong!"
Posted by Lori Toland at 5:00 AM No comments:

What you can win here: A copy of Virgin Territory by Cari Quinn, StarCrossed by Kele Moon and Dubai Nights by Emily Cale. ETA: And a copy of my latest release Payback! (All these books are available in Digital eBook format only at this time)


Number of winners: 1 will win all books listed!

Open to (INT, US or US/CAN): International (through Amazon.com or ARe)
How to enter: Just leave a comment here with your e-mail address super ninja style (like this lori at loritoland dot com)

'Stop your whinging and go home'... or was that my wishful thinking?

So... if you've read my Twitter or Facebook, you'll see that I had an appointment with an head and neck  surgical oncologist. I know you're probably saying "Whoa, back up a little. You looked fine at GRL and you just visited England."

For about a few months now, I've been struggling with my thyroid and having trouble getting it under control. I thought it was the stress of being diagnosed with lupus but I noticed a couple of symptoms, including a lump in my throat. After chatting with my primary care (who got mad when he heard how long I had been silent about it) I was shuffled to ultrasound which showed the nodule in my thyroid.

Now, nodules in thyroids are pretty common, especially with hypothyroidism. So when I went into my appointment with the surgeon, I expected her to say, "No problem with this nodule. We'll remove it since you're having trouble swallowing." Or I expected her to shove me out the door and tell me to stop wasting their time.

Instead, I got the talk about 80% of nodules are benign but we're going to test it and get a sample from your thyroid before we schedule you for surgery because this could be cancerous and at that time, we would have to remove your thyroid instead of just the nodule.

Now I've known a few people who had thyroid cancer. You have surgery, maybe some radiation. It's serious but you have like a 99% survival rate. So I was cool. Even with this big fat camera scope they pulled out to check out my throat, I was doing okay dealing with this. Great odds and my nervousness was disappearing because my doctor had a great bedside manner, as did her nurse and PA.

I drifted down the hall trying to absorb all the details and when I sat down at scheduling, which was by the front lobby and a small waiting room, I looked around. Big mistake.

All around me, there were the people with cancer and it shocked the hell out of me. Some people might be lucky and escape with a scare. I hope I'm one of them. But the people who were tired of fighting and the people who fought and won but bore scars, they frightened me.

I was among their numbers now and it sunk in fast that this was serious. It took me a day not to just be in complete shock. Even my posts on FB and Twitter were slightly disjointed. I'm still dealing and just taking it one day at a time, which is all I can do.

So the biopsy on the 26th looms. It's a day most people won't notice but for me and my family, it'll be an important day. So think of me and mine on that day and think good thoughts please. I'd appreciate it.

On a side note, Chester cuddled to me the night before my appointment. He knew exactly what his mum needed: lots of tender loving care. :)

Email ThisBlogThis!Share to TwitterShare to FacebookShare to Pinterest
Labels: about Lori, lupus, you sicko 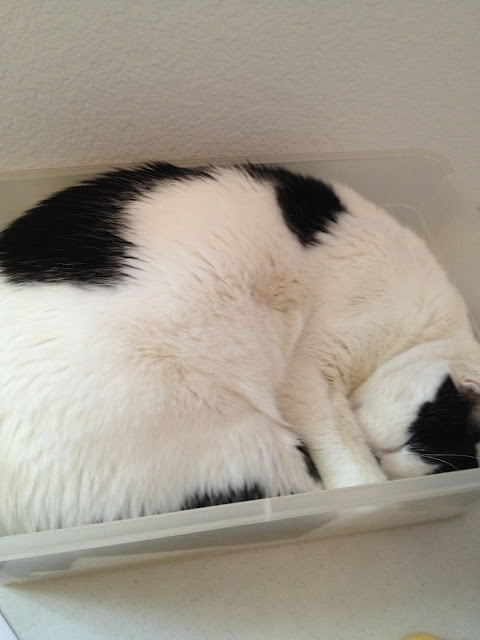 Mom's filing box is the best place in the house!
Should I file this under "C" for Cat or "P" for Purrrrr?

Season's Greetings!! What a lovely time of year!

I really love this time of year. It's nice and cool in Florida and my husband isn't complaining about the weather. We're really enjoying ourselves. Also, since my business is more of a year-round retail and wholesaling business, Christmas is sort of our downtime, where we can relax a bit.


We don't put up a tree since my husband is atheist and  I come from a family with so many religious backgrounds, it became difficult to honor all of them so I said forget it and do nothing each year except attend all the celebrations. Hey, it's the thought that counts (and the free beer for my husband).

So to all my followers, have a very joyous holiday season, what ever you may celebrate!

All that being said, I enjoy Holiday music and I'm a huge fan of Mannheim Steamroller. While writing Payback, I listened to a bunch of his albums on my Payback playlist.

Thanks to everyone who has purchased Payback. My next book in the Firehouse 69 series is Seducing Dylan which should be coming out in early 2013. I'll be posting more about that in the coming months.

And that brings me to some really exciting news. About the time Payback released, I received a contract for Dangerous Submission, which is the sequel for The Long Con. So look for more information about that in 2013 as well.

Next year is shaping up to be pretty awesome so stay tuned! 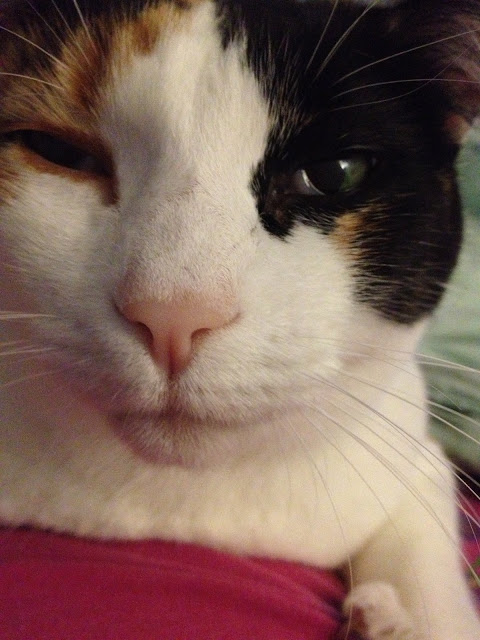 The things I put up with for a comfortable seat in this house! 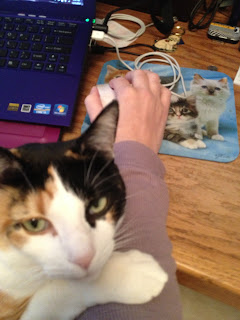