Hi all! I've decided to blog about something I know pretty well and that's video games! My husband and I play them on a regular basis and for some of your gamers out there, I do some shout-outs in my books about them.

I'm also available for questions about video games, if you want to include them in your story or if you'd like advisement if it's suitable for children.

I have a long list of games to review that we've played already but I'll start off with one my husband just finished:

First off, I want to say this game's story line is gripping. I've seen some story lines where I get lost very easily since I tend to bounce around a lot between work and writing. On this one, there were a lot of sub plots (missions) that were quick and I could get a quick update on what was going on in the story.

Another great option (especially since I'm definitely an equal opportunity gamer) is you can play as a girl. In the game, you are named Shepard (your last name) so the fact you are female doesn't come into play except for dating options.

Oddly enough, one of the most enjoyable and challenging parts of the game was the mining part. You have to travel to planets in the Milky Way and mine them. On each planet, you can pull mineral deposits off in four categories that are needed supplies. Warning to people who are OCD, this is ADDICTING! :D

A couple of the sub-plots are racy in their undertones. You seduce a female, only to draw her back to her apartment for your team to kill. On top of it, the person you kill is your teammate's daughter. So this game's M rating is definitely deserved.

All in all, this game was enjoyable if you like a shooter/action game with elements of a RPG. You don't have to play the first Mass Effect game, which is nice. This one has a mini movie at the beginning to bring you up to speed on the plot line (ETA: You have to purchase the game new to see that). With well fleshed out characters, we are definitely looking forward to playing Mass Effect 3 when it comes out.

Posted by Lori Toland at 3:46 PM No comments:

Meet Lori - About Me

My name is Lori Toland and I've been spinning stories from a young age. I've always loved writing but when I was young, my mind always went faster than my fingers could so I grew frustrated fast. As my typing skills grew, I kept trying to come back and once upon a time, it took a while for my computer to catch up with what I was typing (good old days of Windows 3.1). With a passion for romance from a young age, I wrote my first YA story at 13 and kept going from there.

My first novel was published in 2010, a long journey finally complete, just like the story. I love watching the romance develop, from the first kiss to the first date, and the first look to the moment they realize this is the person they can't live without. And all the sex and lovemaking in between too. *smile*

I live in Orlando now, although I've moved around like a nomad for years. I've lived in the history and culture rich D. C., tried to survive in the wilds of Las Vegas before moving east to my family roots of Dallas, and even a stint in New York City.

Most of my life has been where I've been in the right place at the right time, including meeting my best friend, my hero for life, my husband. He's the reason I believe there is someone out there for everyone. We live a quiet life in Orlando, with our two cats, a brother and sister. You'll see lots of pictures of them on Facebook and Twitter as I'm a very proud parent.


Feel free to e-mail me or drop me a line on Facebook, Twitter or my blog. I don't bite, I swear. :)

Posted by Lori Toland at 9:07 PM No comments: 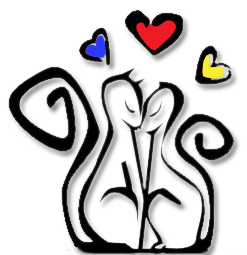 I love hearing from my fans. Email me or